Did you know it is thought that there are three trillion trees in the world? Three trillion!! Now that might sound like a whole lot of green tree going on, however we’re removing around fifteen billion a year – and only replanting around five billion, according to an assessment by Yale University. It doesn’t take a lot to understand what that means. From the depths of the Amazon Rainforest to a small city park, trees are all around us. But why are they so important on a global scale and what has PECT been doing to help out locally?…

Forests are often described as the Earths lungs and just like our bodies protect our lungs, the forests also need protecting if we are to defend the planets biodiversity and fight global warming.  They draw in carbon dioxide from the air and release oxygen back into the atmosphere that we all need to survive.

Carbon dioxide (CO2) is no dark horse candidate for global warming. It is gradually building up in our atmosphere, contributing to climate change by trapping solar energy. Most of us know this as the greenhouse effect. Just as we need Oxygen to survive, trees love a bit of CO2 from the air and store it in their leaves during photosynthesis. This process removes the CO2 from the atmosphere and in turn can minimise the effects of warming. According a study by NC State University,  in one year an acre of mature trees absorbs the same amount of CO2 produced when you drive your car 26,000 miles!

Trees also have many other benefits from reducing soil erosion and flooding to improving our own personal mental health. They are natural air conditioners, cooling the streets by shade and are great pollutant removers, trapping gasses such as ammonia and ozone (O3) on their leaves and bark.

As a casual blogger I have written articles in the past highlighting the benefits of trees and nature for our mental health and well-being. I have come to realise that trees and green spaces are unrecognised healers. You could even try your hand at a bit of ‘Shinrin Yoku’ – google it! 1 in 4 of us will develop some kind of mental illness throughout our lifetime – adults and children! According to a European report, people living close to trees and green spaces are less likely to be obese, inactive, or dependent on anti-depressants.

So what has been happening locally I hear you ask? PECT launched the Forest for Peterborough campaign in 2010 which aims to plant over 230,000 trees in and around the city by 2030. So far  more than 108,000 trees have been planted, in turn potentially reducing 1200 tonnes of carbon. Trees mean so much, not only for the quality of life of residents today, but for future generations of Peterborough citizens for many years to come. 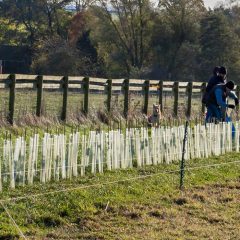 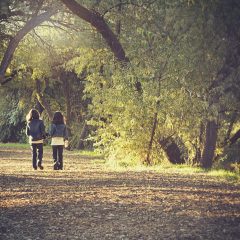 The UK government announced it wants more than 10 million trees to be planted across England and it would create a £60 million fund to do so. That includes £10 million to plant at least 100,000 trees in towns and cities. The Woodland Trust – the UK’s leading woodland conservation charity – is aiming to plant 64 million trees in the next 10 years.

Across the globe others are also setting out on incredible tree planting journeys. In Africa they are ‘building’ an 8,000 km wall of trees  making it the largest living structure on the planet once it’s finished, overtaking the Great Barrier Reef!! The wall aims to spread across the width of Africa and through more than 20 countries including Senegal, Nigeria and Ethiopia. Something for your travel bucket list!

Under the Paris Climate Agreement, India has pledged to increase its forests by a massive 95 million hectares by 2030. In 2017 around 1.5 million volunteers planted more than 66 million trees in a record-breaking 12 hours in the state of Madhya Pradesh.

With all of these benefits it is easy to see why trees are so important. Keep an eye out for local tree planting opportunities with PECT from October through to March and lets make a difference together!